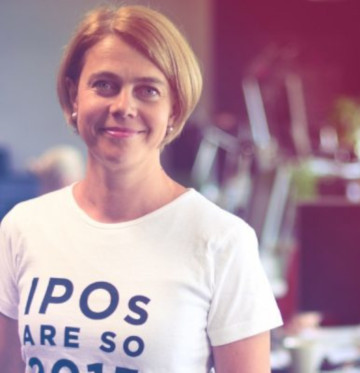 Funderbeam enables companies to raise funds and investors to invest as well as list existing shares and investments in private companies. Funderbeam boasts investors from 115 countries. Prior to Funderbeam, Kaidi was the CEO of the Nasdaq Tallinn Stock Exchange as well as the Central Securities Depository.

She is also the Co-Founder of the Estonian Service Industry Association and a former member of Startup Europe Advisory Board to the European Commission. Kaidi was the first IT lawyer in Estonia and co-author of the Estonian Digital Signatures Act of 2000 — landmark legislation that enables secure digital identities and, in turn, the country’s booming electronic economy. For the third year running, she was listed among the TOP 50 of Europe’s most influential women in the startup and venture capital space. Additionally, Kaidi was named Entrepreneur of the Year in 2018, awarded the Technology Playmaker Award (booking.com global award for women in tech), and named Person of the Year in 2016 by the Estonian ICT Association.